The congregation is founded by a union of Anglicans & non-conformists in 1799 – hence the name Union Chapel. A small group of Anglicans from the Parish Church of St. Mary's Islington, dis-illusioned with their worldly vicar, broke away and began to worship with a group of Nonconformists at 18 Highbury Grove. This new congregation numbered just 26 members. They chose to depart from the traditional hierarchical structures and language of the established church. Their founding principal was to make Union Chapel a ‘Friend for All’ - a principal that was enshrined in the Chapel's deeds and that continues at the heart of Union Chapel Church to this day. 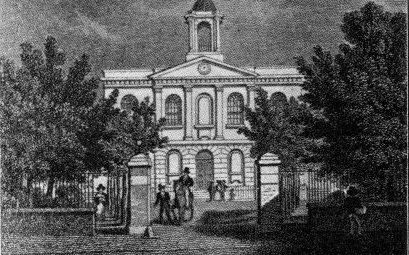 The original Chapel built in 1806

Who are the non-conformists?

Union Chapel is a Congregational Church.  Congregationalists structure the church as independent, self-governing communities.  Dating back to the late sixteenth century, they promoted a more radical reformation than that of the Church of England. As separatists they were exiled, many in the Netherlands and were prominent among those who established the Puritan Commonwealths of New England.  For this reason, Union Chapel has a piece of Plymouth Rock displayed in the chapel.

Following the English Civil War, and the brief Commonwealth period, the restored monarchy sought to impose religious uniformity through the requirement for churches to use the Common Prayer Book of 1662.  Those who would not conform to this were called ‘non-conformists’ or ‘Dissenters’ and forced to establish their own 'Meeting Houses'. 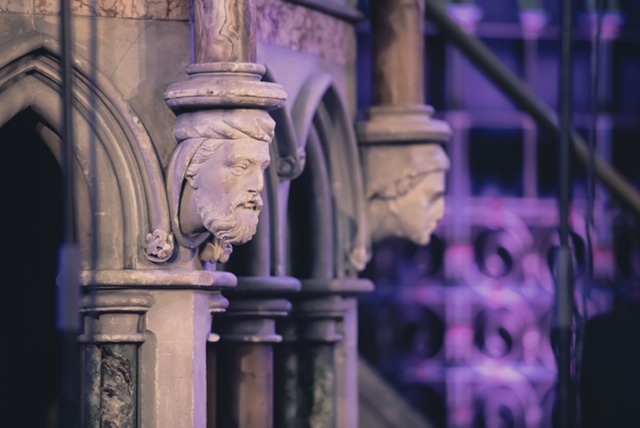 Sculptures of the leaders of the Reformation within the Chapel pulpit.

As with Roman Catholics and Jews, they were excluded from many civic rights which included holding public office, attending Oxford or Cambridge Universities, being allowed to marry or be buried in their own churches.  Nevertheless, they established their own chapels, burial grounds and higher education institutions known as Dissenting Academies.  Emancipation took place progressively in the nineteenth century and by the time Union Chapel’s current premises were built, they were full participants in national life.

In the nineteenth century social movements were enriched by what became known as ‘the non-conformist conscience’.  They campaigned for the disestablishment of the Anglican Church, separating church and state which was achieved in Wales in 1920 but has not yet in England.  They argued for state education, modelling education for all through the Sunday School movement.  They were prominent in the anti-slavery movement.  Perhaps their greatest social achievement was the establishment of the Welfare State. The 1906 Liberal government, headed by H.H. Asquith, an alumnus of Union Chapel was known as the ‘Chapel Government’.  In his 1910 People’s Budget non-conformist Lloyd George initiated the Welfare State with the introduction of the Old Age Pension.

Church going steadily declined in the twentieth century, and more rapidly in the recent years. In 1972, many Congregationalist Churches joined with the Presbyterians to form the United Reformed Church.  Union Chapel, however, was prominent among those who wished to continue to assert their independence and soldiered on as an independent church.

Read about our Heritage Programme here.

Sign up to receive marketing updates from Union Chapel. These emails include information about upcoming gigs and events and a little bit about the work these events support.

Sorry, there has been an error. Please retry.